Create your own near blockchain-powered projects with our outstanding features. 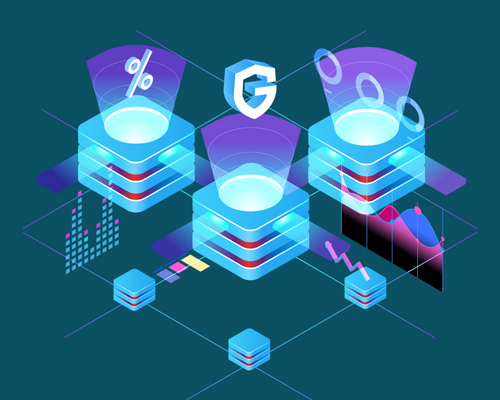 Near, a platform for application development designed to offer the perfect environment for decentralized applications  (dApps) to master certain downwards of the systems in the race, including low speeds & throughout and faulty cross-agreeability. NEAR Protocol consists of several innovations to level up the scalability and reduce costs for end-users and developers.

The distribution of blockchain nodes instead of distributing the whole blockchain across network participants. It aids to pave the path for a more efficient way to retrieve data and scale the decentralized platform.

The NEAR protocol blockchain is safe and permissionless. This network’s innovations contain a new consensus mechanism called ‘Doomslug.’ NEAR Protocol is used to pay fees for storing data and processing transactions and is also used to run validator nodes on the network by staking currency tokens.

How does NEAR Protocol work?

NEAR Protocol is a Proof of stake (Pos) that helps small organizations and industries with sharding solutions for their scaling.

Sharding is a blockchain construction that allows each acting node to store a small module of the platform details.  It allows a blockchain to scale more easily and enables big transactions per second with fewer transaction fees.

Nightshade allows NEAR to maintain a particular chain of data. The nodes handle the computing required to carry on these data into ‘chunks.’

The nodes process the data and additional details to the main blockchain network.
One of the main benefits of Nightshade is that its architecture provides lesser chances of failures when it comes to security as the participating nodes are only responsible for maintaining little segments of the blockchain.

NEAR Protocol has an app called the Rainbow bridge that allows the network users to transfer Ethereum tokens back and forth between Ethereum and NEAR.

To transfer tokens from Ethereum to NEAR, a user must deposit Ethereum tokens in the Ethereum smart contract.

These tokens are then locked and will generate new tokens in NEAR’s platform speaks for the original Ethereum tokens.

Since the original funds are stored through the smart contract, By reversing this procedure users can retrieve their original tokens.

Aurora is a second layer scaling solution built on a NEAR protocol for developers to launch their Ethereum decentralized applications on NEAR’s network.

Some use cases of NEAR Protocol:

NEAR is making DeFi more reachable for everyone, mainly those just starting to search for the crypto space.
With the start of Rainbow Bridge, DeFi is now live on NEAR Protocol and is unlocked for creators and users worldwide.

All the assets that created in Ethereum are now fully usable on NEAR chain-based dApps.

NFT is a unique digital certificate minted on a Blockchain (Digital Ledger). It is capable to record the ownership of any asset, whether digital or physical. The NFTs allow ownership through Digital Assets. The NEAR Protocol is a better platform for NFTs as it is as faster than second-generation blockchains.

DAOs(Decentralized Autonomous Organizations) are like common bank accounts for all digital communities.
So it is useful for a particular community to build their organization and create sustainable models by themself. The DAOs can issue fungible tokens which act as access cards with a lot more potential to drive more engagement.

It is a modern way to organize, fund, and rule independent communities by default. mechanism of NEAR Protocol staking:

The two primary categories of NEAR Protocol Staking are:

Proof – of – Stake (PoS) is to essentialize the validators to stake a minimum of NEAR tokens. The amount is vital and can fluctuate with the number of NEAR tokens staked by other validators. These tokens have been frequently used as collateral to prevent dangerous activities on the network.  The validators are responsible for validating blocks in the network and return receiving transaction fees and rewards every epoch (around 12 hours). Validators realize not to stake their collateral any time they wish to. In such a case, the funds will remain locked for three Epochs before it gets released.

Buyers can stake their rewards without taking the accountability of running a validator node on the blockchain
network and can delegate their stake to every individual validator node or validator pool to earn a certain percentage of the fees obtained by the individual node. These delegators aren’t issued any penalty or fined by the NEAR Protocol.

Why Choose NEAR Protocol for the next development project?

This Protocol uses a Proof of stake election mechanism which is called Threshold Proof-of-Stake(TPoS).

Near Protocol Development services we serve: