Explore The Detailed Guide On Near Field Communication 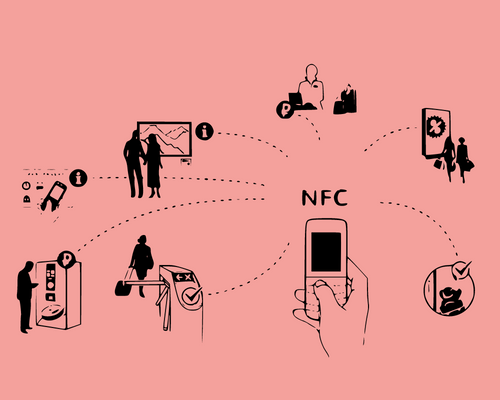 NFC Technology, which is also known as Near Field Communication, is a technology that is being put in to develop by various tech giants. Many companies are of the opinion that NFC App development will be the base of every mobile phone user’s world.

What is NFC development?

Near Field Communication (NFC) is a set of short-range wireless technologies, generally requiring a distance of 4cm or less to commence a connection. NFC permits you to share small payloads of data between an NFC tag and an Android-powered device, or between two Android-powered devices. Tags can range in complexity.

How does NFC benefit the Blockchain?

Near Field Communication (NFC) technology can be used with the Blockchain as a path of holistically tracking products. NFC has become the foundation of anti-counterfeit solutions which use Blockchain technology. It can furnish an extra level of security, with confidentiality of each transaction's private key - which is needed to update the Blockchain - is assured thanks to its storage on an encrypted NFC Tag.

How can NFC and blockchain work together to improve security?

Through blockchain-based solutions, designers and developers can build an immutable digital ledger and crystal clear exchange of electronic information. However, blockchain alone handles in a purely digital space — there needs to be a midway step to connect physical objects to a blockchain and all the benefits it could furnish.

NFC tags translate physical objects, locations, and markers into the digital world. The relatively short range of NFC sensors discourages interference from afar, as close physical proximity is needed to link with the NFC system. However, NFC tags allow for cloning, modification, and other forms of tampering.

Combining both NFC and blockchain into a single system balances the weaknesses of either technology on its own:

NFC provides a medium for blockchain to interact with the physical world, and blockchain verifies NFC tags to detect and prevent tampering. While each of these technologies is well researched individually, new innovation is inspired by the future applications and limitations of hybrid NFC-blockchain systems.

What are some promising applications of NFC and blockchain?

At AssetFinX, we understand the role of Blockchain mobile applications in connecting the devices over Bluetooth LE/Bluetooth Classic blockchain protocols. Our mobility dApp services will help you to convert your Device to Smart Device.

We are providing a complete solution for mobile dApps that can easily interconnect with external devices over Bluetooth protocol. Our previous and most of the recent work speaks about our experience with Blockchain dApps development.

At AssetFinX we have developed more than 15 apps that are interconnecting with external hardware over Bluetooth. We are not another Blockchain mobile dApp development company. We are different and we do differently.